Way back in 1999, screen writer Lars Davidson and I co-created a story we called BLANK. A film-noir style sci-fi story set in a world not very far away from ours. When Lars wrote the script, he didn't include panels, leaving loads of liberty for me (as the visual guy) to invent the pacing and layout of each story. Fascinating way of doing a story, I must confess. These are the only pages we produced. I photographed them (instead of scanning them) just to give you a gist of what we did. I dunno... I think the 'roughness' of the images adds a vintage quality to it... hope you enjoy. 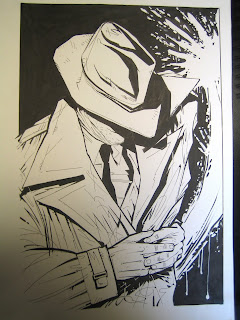 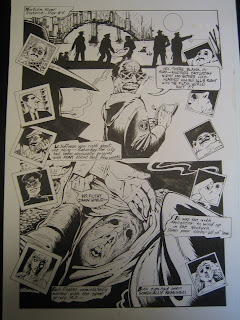 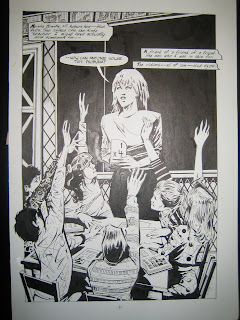 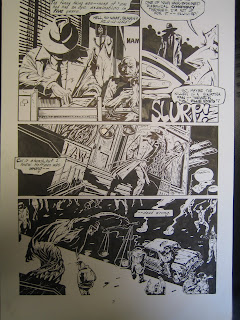 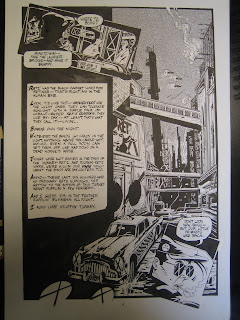 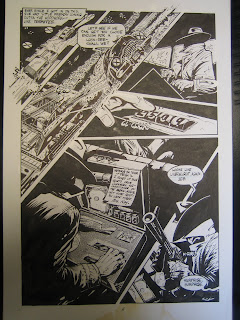 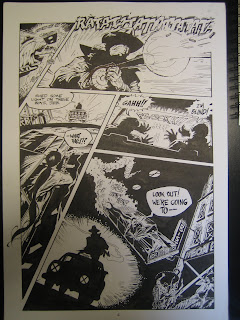 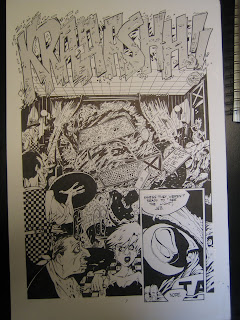 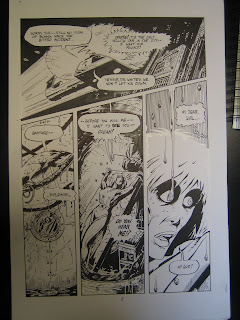 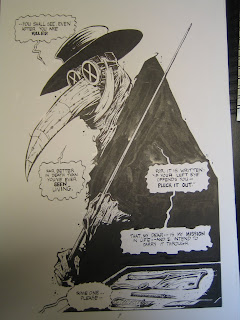 Posted by Sandy Carruthers at 5:39 AM 3 comments: 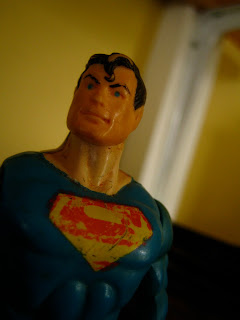 Posted by Sandy Carruthers at 10:28 AM No comments:

The Observatoire de Haute-Provence in France announced today at an international meeting that astronomers have discovered a new solar system 127 light years away that is quite similar to our own.The star 'HD 10180' is orbited by up to seven planets in a regular pattern, making it similar to our own solar system!
How remarkable this time we live in!
http://www.guardian.co.uk/science/video/2010/aug/25/extrasolar-system-hd-10180
Posted by Sandy Carruthers at 11:07 AM No comments:

This was the print that was on the kitchen wall where I grew up... 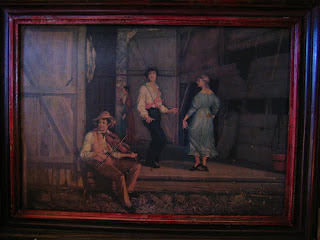 Posted by Sandy Carruthers at 11:41 AM No comments:

'So! Welcome to the 21st Century!'
The small man with even smaller eyes beamed as I crossed the threshold, shaking off the 19th Century with a well deserved shrug.
'Thanks!' I answered. 'Though... you do know 10 years have nearly passed since the turn of the Millenium?'
His small eyes squinted... which made them even smaller. Imagine dots on a flesh field, and you'll get the picture. I quickly made my way past him and surveyed the new-ish landscape before me. It didn't look very different from ten years ago, actually. Brother was still killing brother. Earth was still continued being raped and pillaged by rich corporate fat cats and consumed by even fatter consumers (6 Billion and counting, for the record). Politicians were still over-paid jerk offs who still have our tax dollars in mind while enjoying their well deserved breaks in their classy cottages. Many similarities, and everyone seems to be going about, business as usual. Like nothing has changed.
Hmm.
Upon closer inspection however, you begin seeing things in the periphery. This is my list of what I seen develop in the past ten years:
At parties, you'll see people with their heads down and typing/peering/talking into a small communication or dayplanner device. It's creepy, and suggests I'm not a good host.
Actually, you find certain things have reduced in public places:
Land lines
Books
Talking person-to-person.
TV's that take up a small portion of your room.
Magazines
Newspapers
Small cars
Also, there's the social stuff:
Parents more involved with their adult children, treating them like they're still children.
Adult children who ALLOW their parents to treat them like they're still children.
Politicians and corporations getting away with the most out crazzzz-ie things.
The general public allowing it. Close your eyes. Sleep. It's okay....
Which reminds me.
We've been so transfixed on 2012 being the end of time: what's beyond that? Do the Mayans have an upgrade for their new 2013 calendar? Will it be available in English?
Will we find life forms beyond our own selfishness and, when we do, will they want to be found by us? Is happiness a pursuit or simply yet another construct invented to keep us culled and herded?
Will we continue to war against each other, even if Facebook promises only friends and 'like' buttons? Do people still use 'MySpace'? If so... why?
Is Twitter yet another evolution of the internet, and is there a huge AI brain someplace recording everything to start consuming us? Am I paranoid? If so, am I the only one? Why is it whenever I visit a large city center, the advertisements make me ill and crazy? That never had an effect on me before... I used to love big cities.
Why do we allow big business to dictate our lives? Why do products keep trying to convince us that spending money and going in debt is a good thing and normal? What do they know anyway? Can they read our minds? Are we puppets on their strings? Apparently so.
And we allow it. Hooked by branding. Got to have it. It's got to be big too. Nothing small. Unless it's a communication/dayplanner thing-ee. That has to be small. But lots of memory. Because we have dwindling memories.
I looked back at the small man with the small ideas, and realized there was no man there at all.
It was a mirror.
Posted by Sandy Carruthers at 9:31 AM No comments: